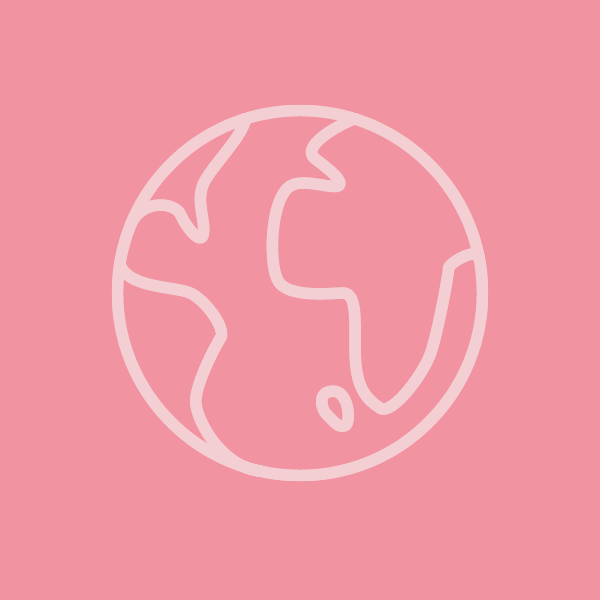 So you’re an awesome lady who's done cool things and you think you’re worthy of a Wikipedia article! Here’s a part manifesto, part how-to.

Yesterday on Twitter there was some discussion about women in tech and how they seem to get less representation, and Wikipedia came up.

Right now only about 17% of biographical articles on English-language Wikipedia are of females. There are lots of reasons for that, due to lots of current and long-past biases, but for now let’s focus on making progress going forward. The only way up is up.

This is the “are you important enough?” question. Wikipedia’s got some guiding principles for notability of people, and they boil down to:

“But wait,” I hear you thinking, “historically and currently, news sources and encyclopedia writers and awards organizations don’t do a very good job covering women! And my contributions to my field have been overshadowed or co-opted by men who got the credit instead. This doesn’t seem quite fair.”

Yep. It’s a problem, and one that I believe needs more nuanced thinking within Wikipedia’s guidelines. But since we can’t correct all of Wikipedia culture, the media/publishing world, awards organizations and the patriarchy right now, we have to work harder to get women included in the meantime.

(Will you get frustrated that we have to fight so hard for every woman included when every Pokémon or 1880s footballer or Kazakhstan train station gets in? Yes. You will get very frustrated. Go make a cup of tea, and then let’s soldier on.)

Momentary digression to talk about deletions

Nearly every article that is deleted is done so with the justification that the subject is not notable enough. When you know that the person is notable, this can be maddening. Some things to remember about article deletions:

So let’s look at how to work within the system.

“I’ve thought about and read the guidelines and I’m pretty sure I’m notable. Do I write my article now?”

Nope. You never write your own article. This is a long-standing principle on Wikipedia, with good reason—objectivity is important and conflicts of interest matter. But we can make it much, much easier for someone ELSE to write it and for it not to get deleted.

(If you’re reading this and think you’d like to get involved writing articles for other people, please do! There are lots of resources and communities and we need you!!! But the actual article-writing part of Wikipedia is a topic I’m going to set aside for now, since for the purposes of this post, the end goal is a Wikipedia article for you.)

In a plot twist, we’re going to leave Wikipedia for a bit to look at some steps you can take.

Do you have a website? Great. Somewhere on the about page, be as arrogant as possible. Mention every notable thing you’ve ever done and every big award you’ve ever won. This is not the time for cutesy abstractions or humility—be ruthlessly cocky. Imitate the most confident self-promoter you know. Get a friend to write it if you have to.

Then make a section at the bottom there called “Press” and link to the most prestigious coverage you’ve gotten. Did a major news publication profile you? Did someone important review your book? Is there a chapter in a book about you? List them, and provide links.

License a photo or two for reuse

Find a good headshot of you and get it somewhere on the internet under a public domain or Creative Commons license. This will allow Wikipedia and other open source projects to snag it and use it for things, and gives you some control over what image might get picked (instead of some random unflattering shot of you someone took at a conference). So dig up that nice snapshot of you at a podium or picture your friend took that looks fairly decent, or convince your employer to release your company headshot for use. Then make it about 800px or so, and get it online.

You can either state very clearly on your website that the picture is licensed as such, or even better, upload it to Flickr with the appropriate license. Wikipedia and its sister sites are used to working with Flickr, and editors will be able to snag it from there and get it onto Wikimedia Commons.

Best case: put it on Wikimedia Commons yourself using the Upload Wizard. Be sure to name it something clear (“Christina Blust headshot.jpg”), clarify it’s your image and you’re releasing it for reuse under the specified license, and fill out the description well. Add some categories too, like “Developers” or “Programmers” or “Alumni of Xavier University” or other groupings relevant to you. This will ground it within the framework of the site and give it the start of a reason for existing there.

Get thee to Wikidata

When most of us think of Wikipedia, we think only of the English-language encyclopedia part. But the Wikimedia network of resources has a bunch of sister sites too, including one in particular that is relevant to our goal.

Wikidata is the metadata powerhouse of the Wikimedia universe. Whereas Wikipedia is prose and often complicated in function and bureaucracy, Wikidata is purely objective. There’s a whole bunch of awesome backstory about Wikidata, but know that it was created some years after Wikipedia when people realized there needed to be a central, language-agnostic repository of just the facts. (I love data, so I love Wikidata. It’s so pure, searchable and translatable. Mmm.)

Because it’s just facts and their sources, the conflict of interest piece doesn’t apply in the same way. If you’re pretty sure you’re notable, you CAN create a Wikidata item for yourself and add things to it.

Login or register to the site (your global login will work on any of the Wikimedia sites) and let’s get to work.

First use the search bar to look for yourself. It’s possible you have a Wikidata item, even if you don’t have a Wikipedia article. If you find yourself, click to check out what’s there! If nothing comes up for you, go to “Create a new item” in the left-hand menu. Add your name as the label and a super-short description phrase. Good examples: “web developer from the United States” or “German software engineer.” (No sentences or punctuation. You’re basically mad-libbing a sentence that goes “[Label] is a [Description].”

You know your facts better than anyone. These are your basic biographical bits (female, born in Brooklyn, working as a web developer, etc.) and your important why-I’m-notable bits. So collect these facts, and add them to your new item.

Wikidata works in statements with property/answer pairs. For people, you always start with “Instance of: human.” Then you usually add a “sex or gender: female” or whatever you identify as. From there, fill in the basics, using the autofill to help you select your answers. Some good basic bio properties to fill in:

Then we need to add the impressive bits.

Really, imitation is a great tool here. Find someone who may have similar properties — Sheryl Sandberg or Marie Curie or whoever — open them in a new tab, and then use what properties are present in their Wikidata item to inform yours.

If you uploaded a picture to Commons earlier, be sure to enter the file name paired with the “image” property in the Wikidata item.

Most statements in your Wikidata item need a reference. You don’t need to provide a citation for the fact that you’re human…but almost everything else needs a source.

Go back to those links you found for your about page and add them in where they apply. For each statement that needs a source, click the “add reference” link and choose “reference URL” as your property and then paste the link in. Add multiple references if it makes sense, and cover all your bases.

That was tedious, why did you make me do that?

First of all, you’ve just given some intrepid future editor who knows of you already all (or a lot of) the information she needs to craft a thorough, well-sourced article of you. With all of the sources right in front of her, she can get right to work instead of staring at Google and trying to find the best bits in the slew of results there.

Secondly, being in Wikidata means that enterprising humans and bots can find you more easily now. WikiProjects like Women in Red (which is awesome and you should join it) often work from lists that are generated from fancy Wikidata searches. For instance here’s a list of female fashion designers in Wikidata without English-language articles. Any editor interested in helping can go browse the list, pick somebody to focus on, and write the article.

It IS complicated. And tedious and often thankless. But as you likely noticed, the missing element here is the editor who’s willing to research and write about you. If it seems daunting or unlikely that will ever happen, either

The best scenario here is that you can help inspire a wave of articles by writing some yourself!

Be the Wikipedia editor you wish would write about you, and go write some articles about some kick-ass ladies who deserve representation.

As I said before, the specifics of that are a different topic for a part-two future post, but it’s a worthy project to tackle. Despite the challenges, my contributions to the “encyclopedia that anyone can edit” make me happy. I’m proud that some super, deserving women are present there because of me.

Christina Blust is a designer, developer, and one half of Blustery Day Design. An active supporter of open knowledge, creating things and giving back, Christina may be found writing Wikipedia articles for underrepresented groups, playing the piano with her toddler on her lap, or happily knitting a pile of yarn into a sock. She is also a singer-songwriter and recording artist who has performed officially at SXSW (three times) and who boldly decided to play the accordion despite her deep lack of arm strength.

Blustery Day Design is a women-owned design & development agency consisting of sisters Christina Blust and Jessica Yaeger. We work with creative people, musicians, writers, non-profits, small businesses and other folks on their way to something more. Since 2008, we have helped our clients be their most authentic selves and do beautiful, important things.

We'd love to work with you.